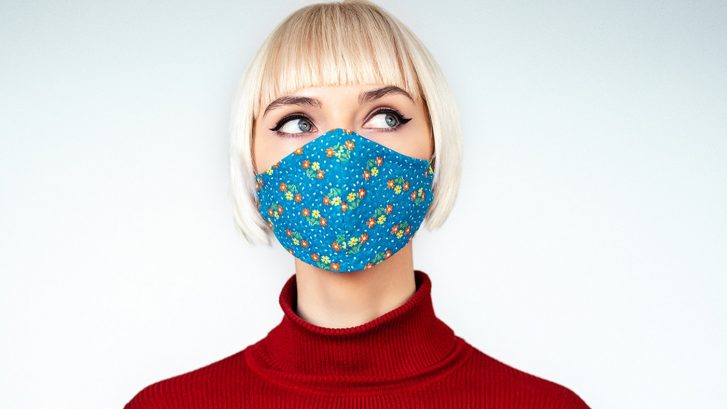 Pulmonologist Ni-Cheng Liang takes a look at how the breath—a common anchor of attention in meditation—can be triggering. Explore her masking practice to calm feelings of anxiety and stress when we’re unable to comfortably connect with the in or out breath. 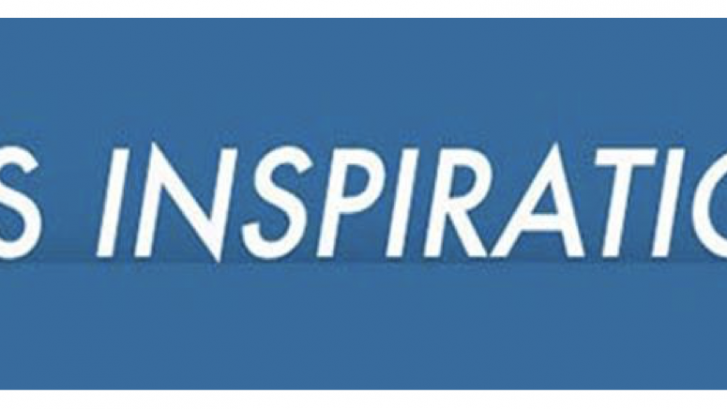 KevinMD article on the intersection of COVID-19, Racism, and the breath: 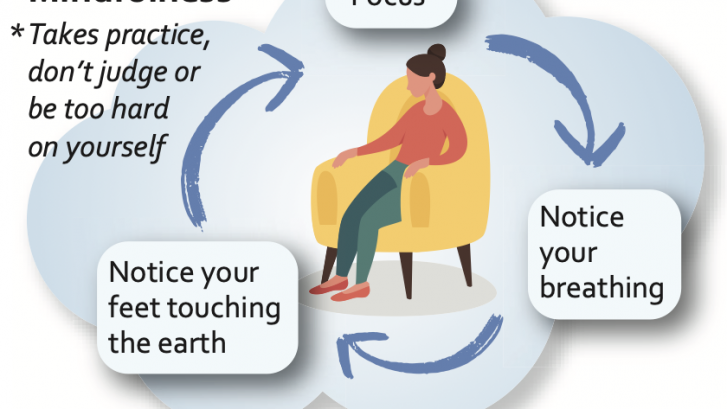 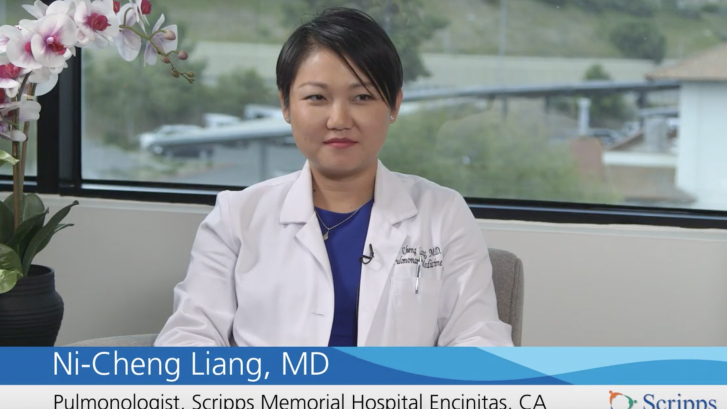 For over fifteen years, the San Diego County Medical Society has collaborated with San Diego Magazine to recognize physicians who are held in the highest regard by their peers. Votes and nominations are open to all physicians in San Diego. They are asked to vote for those within and outside of their specialty to whom they would refer their friends and family. Through this process, 776 physicians in 90 specialties were identified. 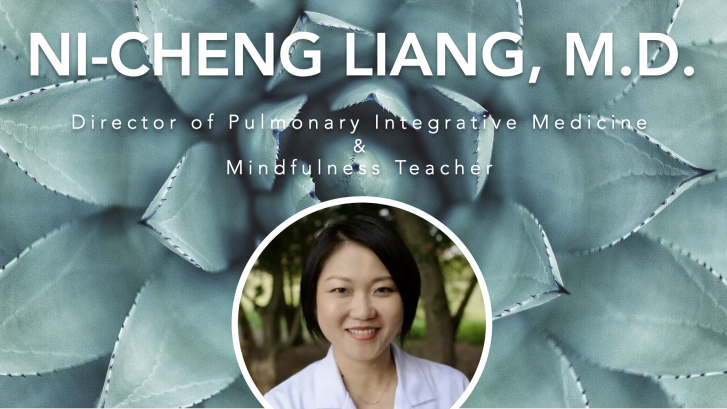 Learn to develop a healthier relationship with stress and other challenges in your life including chronic health conditions. You are innately able to reconnect and strengthen your ability to pay attention, on purpose, and non-judgmentally to the present moment.

Investment for yourself and others.

For more information and to register visit www.ncliangmd.com 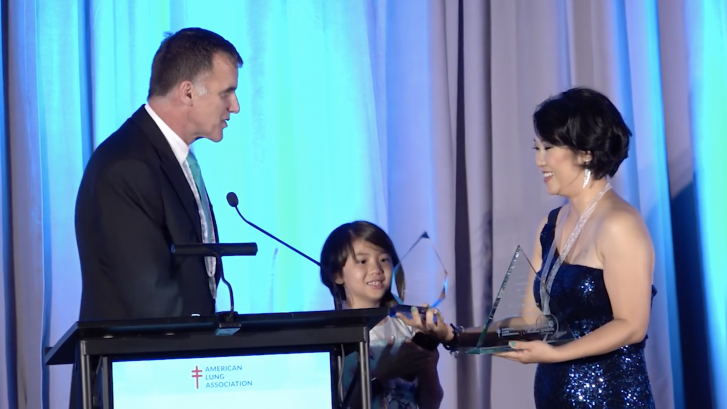 Dr. Ni-Cheng Liang is a mother of two, wife, sister, daughter, cancer survivor, and physician. Dr. Liang is the Director of Pulmonary Integrative Medicine at Coastal Pulmonary Associates affiliated with the Scripps Health Network. She also serves as a Voluntary Assistant Professor of Medicine appointment at the University of California San Diego School of Medicine while continuing to volunteer as a pulmonary attending for the UCSD Medical Student Free Clinic for undocumented and underserved patients.

Dr. Liang is passionate about improving the care of patients with chronic lung disease, particularly those with COPD. She was part of the UCSD COPD Readmissions Reduction Committee. Dr. Liang’s experience on this subject has been invaluable to all of California, as she has held a position on the planning committee for the California Thoracic Society since 2016. In 2017, Dr. Liang was recognized as one of San Diego Magazine’s Top Doctors in Pulmonary Medicine. Dr. Liang previously served as the Medical Director of Pulmonary Services at the UCSD Center for Pulmonary and Sleep Medicine.

In 2012, Dr. Liang returned to her practice as a cancer survivor. It was then she became very passionate about incorporating evidence based integrative modalities into her practice of medicine for her patients, as well as mindfulness for optimizing physician well-being and reducing burnout. She attributes allopathic medicine for saving her life, but integrative medicine approaches such as mindfulness and yoga for maximizing her quality of life as a cancer survivor.

Her newfound outlook on life led Dr. Liang to advocate for mindfulness in medicine. She is the immediate past American Thoracic Society (ATS) Integrative Therapies Interest Group Co-Chair, having co-authored the only Patient Education Series document on Integrative Therapies in Pulmonary Patients, published in the American Journal of Respiratory and Critical Care Medicine. She is a committee member of the ATS Wellness and Burnout Collaborative.  She has presented and led over 20 experiential workshops and retreats locally and nationally on mindfulness, physician well-being, and integrative medicine to a variety of audiences inclusive of all levels of medical trainees, faculty physicians, healthcare administrators, and patients. She was awarded the UCSD Academy of Clinician Scholars Kaiser Teaching Award twice, and developed a mindfulness-based internal medicine residency wellness curriculum, as well as a mobile wellness program that included short videos of mindfulness practices for healthcare providers. Dr. Liang was also Course Director for the Mindfulness in Medicine medical student course at UCSD between 2013 and 2018.

Dr. Liang began her career at UCSD as an Internal Medicine resident and Pulmonary fellow, and served as a Chief Medical Resident. Dr. Liang and her husband, Gerald, enjoy caring for their two daughters, ages 9 and 14 months. In her free time, Dr. Liang enjoys reading, yoga, meditation, paddle boarding, writing, hiking, and teaching art to her daughter’s third grade class. 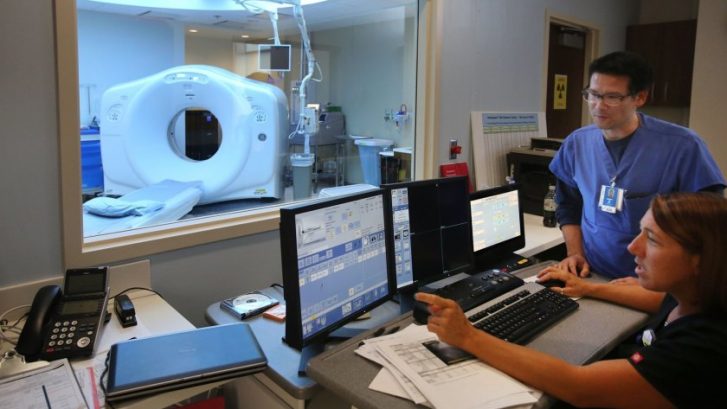